“See Us in the Mountains” is a 4% ABV Blue Raspberry Candy Hard Seltzer. It’s not sour this time, but it is blue! We took techniques from both breweries, dropped the ABV to increase crushability, and we genuinely think this is better than our first batch.

We experience some melted Blue Raspberry Slushee while it’s still got some carbonation bite to it, Blue Raspberry Dum Dums, and biting into a gigantic Blue Raspberry Gummy Bear. Dangerously drinkable, and a bit more approachable than our last Blue Raspberry Seltzer, Plus, at 4% ABV and a touch more dry than last time, you’ll just about say “Oh, hey…this is…cooler than before? Is this cooler? All I know is that I definitely need more.” 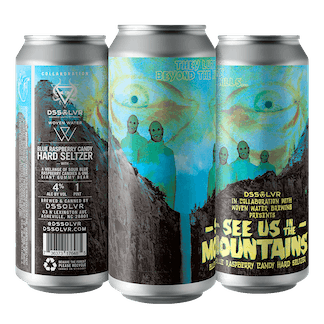