We had the homies from Living Waters Brewing back out to brew another collab destined for barrels (SO…MANY…BARRELS…) and had a little left over, so we decided to whip up a few variations on the base beer!

We took the base Imperial Baltic Porter and aged it on just a truly stupid amount of Madagascar Vanilla (almost 2#/bbl) along with a very hefty amount of Maple Syrup. The result is a delicious marriage of breakfast and dessert, with just explosive notes of Maple hard candies on top of Vanilla Ice Cream scooped on top of fresh Chocolate Chip pancakes just absolutely smothered in Maple syrup. 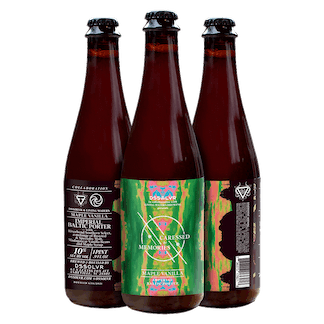