Almost two years ago (WOW, TIME FLIES!), we had the homies from Living Waters Brewing back out to brew a collab destined for barrels (SO…MANY…BARRELS…) and the first variant is here! WHICH MAKES THREE ANNIVERSARY COLLABS FOR THREE YEARS! OMG! WOW! THREES IS BEST!

“Caressed By Mayhem” is an Imperial Baltic Porter aged 19mo in Woodford Reserve Double Oaked Bourbon Barrels. It’s pretty fortuitous that this and the Anniversary beer are the same base, but it really wasn’t planned to be like that. While we were pulling nails to select the Anniversary beer, this one just screamed “SHUT UP AND FILL ME WITH COCONUT” and we had to oblige. The Oak from the base was so so so intense, that we knew we had to really go crazy, and we’re very happy we did.

We aged one of the variants of this base beer on the most Coconut we’ve ever put in a beer…so we upped that number again. Over 1.25#/gal of a blend of Toasted and Desiccated Macaroon Coconut, to be exact. We then threw in a WHOLE MESS of Maple, Marshmallow, and some uber-fresh Cacao Nibs from @frenchbroadchocolates. The dosed liquid is reminiscent of lil’ baby Coconut Macaroons dipped in Brownie batter, Maple hard candies on top of Vanilla Ice Cream scooped on top of fresh Chocolate Chip pancakes, and some super secret Praline candies just violently drowned in Bourbon and Oak. SO. MUCH. GOING. ON. And yet, it’s balanced! We’re very happy with how balanced it is, in all seriousness. 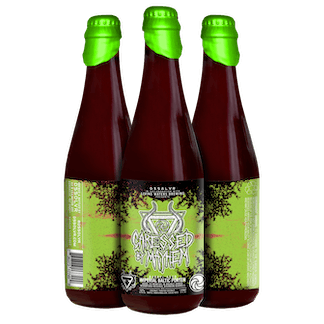