Is that a fresh beer on Nitro?! OHHHHHHH YEAH!

“No Moons for Mercury” is a Moon Pie Porter, and we didn’t make it just because Co-Star told us to…but we might have. Available on Nitro in the taproom, and normal-human-levels of carbonation elsewhere on draft and in the can.

Mashed with a base of Riverbend Southern Select and a medley of English Roasted Malt, hit very aggressively with Target hops on the hot side, fermented low and slow with our Pub Ale yeast, and spunded for 100% natural carbonation on Cask, before being bumped up to normal carbonation levels for draft and cans. BUT THEN THE STARS ALIGNED, and we heard a message from above telling us to condition it on mountains of French Broad Chocolate cocoa nibs, a medley of many different types of fresh-ground Cinnamon, a whole bunch of Vanilla Beans, more than a bounty of Marshmallow, and some cake… Well, we added the cake, but it’s like, totally our prerogative, okay?!

Notes of childhood lunchtime treats, two chocolate cakes engulfing a mound of Marshmallow with a kiss of Cinnamon, and your horoscope being totally in-sync. It’s your time to shine, baby!

Releasing this Friday 1/14 to help you through your ~favorite~ planetary illusion. Expect a release on draft and in cans coinciding with every Mercury Retrograde this year, available right when ya need it. 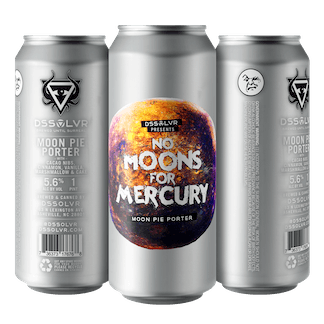