Nothing But Love – ESB

We revived an old recipe, and we’re very excited to reintroduce the world to “Nothin’ But Love”, another love letter to the magnificent style that is ESB.

The first time we released this (ALMOST A YEAR AGO!), we brewed it on the pilot system as a one-off that we ended up falling in love with. We originally brewed this beer with an overly complex blend of 100% English malts and pummeled it with an absurd amount of Fuggles and East Kent Golding in the Whirlpool. This time around, we switched the base malt to Riverbend Southern Select (imitating Golden Promise), slightly increased the specialty malts, and bumped up the body and bitterness for a tad more balance. We still absolutely demolished this (almost 3#/bbl) in the whirlpool with Fuggles and East Kent Golding, so don’t worry.

The result is significantly more in-line with a true ESB, and we’re very happy about that. Rich, malty, hoppy (in a VERY English way), and ultimately very sessionable. Big notes of freshly toasted biscuits drizzled in Orange Marmalade, a fresh cup of English Breakfast tea, and an absolute face full of Honeysuckle. 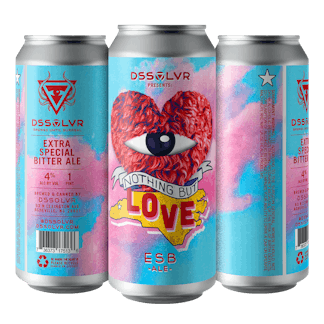